How to make orange peel tea and its benefits 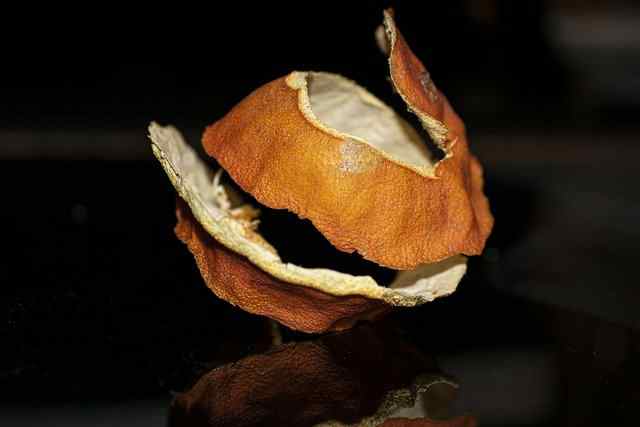 Orange peel tea is rich in vitamin C and flavonoids such as hesperidin and nobiletin, which contain antioxidant properties, strengthening the immune system and helping to prevent problems such as cancer, high blood pressure, diabetes and the flu.
In addition, orange peel tea is a good option to aid in weight loss, as it has great amounts of potassium, a mineral with diuretic properties, helping to eliminate excess body fluid and deflating the belly.
The tea is prepared with fresh or dehydrated orange peel, and can be consumed pure or with cinnamon, ginger and honey, thus varying the flavors and nutrients of the drink.  However, to obtain the benefits of this tea, it is also recommended to maintain a healthy diet, as well as to practice physical exercises regularly.
Orange peel tea contains more vitamin C, vitamin A and potassium than the fruit pulp, in addition to containing a higher content of antioxidants that strengthen the immune system and fight free radicals.
Therefore, the health benefits of drinking this tea are:

Because it contains great amounts of potassium, orange peel tea promotes the elimination of excess body fluid, deflating the belly and contributing to weight loss.
In addition, orange peel has 4 times more fiber than fruit, making this tea a good option to help prolong satiety and control the desire to eat.

Orange peel tea is rich in vitamin C and flavonoids, such as hesperidin and naringenin, which have antioxidant action, helping to fight excess free radicals and thus preventing some types of cancer.

3. Assist in the treatment of varicose veins

Orange peel has great amounts of hesperidin, a flavonoid that has anti-inflammatory and antioxidant properties, improving blood circulation.
Therefore, orange peel tea can be a good option to prevent and assist in the treatment of varicose veins and tired legs.

Orange peel tea has good amounts of potassium, a mineral that helps eliminate excess sodium from the body through urine, helping to control high blood pressure.
In addition, orange peel contains great amounts of antioxidants such as hesperidin and nobiletin, which improve artery health and prevent the formation of free radicals, preventing high blood pressure.

Because it contains 3 times more vitamin C than fruit, orange peel tea helps to strengthen the immune system, preventing colds.
The antioxidants, such as hesperidin, nobiletin and naringenin, present in good amounts in orange peel make this tea a good option to fight excess free radicals and prevent the flu.

Orange peel tea contains good amounts of the flavonoids nobiletin and tangeretin, which have anti-inflammatory and antioxidant functions, protecting the cells of the central nervous system against free radicals, which can help prevent diseases such as dementia, Alzheimer's and Parkinson's disease. .

Orange tea has anti-inflammatory and antioxidant properties, which fight free radicals, in addition to protecting and improving liver functions, thus contributing to the elimination of toxins from the body.

How to make orange peel tea

Orange peel tea can be made with the dried or fresh peel of the fruit, and it is recommended to prioritize, when possible, the organic or agroecological versions of the fruit, as they do not contain pesticides, which are chemical products that are used to kill insects in plants.
The nutrients present in the orange peel are preserved even when heated up to 70ºC, as long as the tea is not reheated and that it is consumed within a maximum interval of 20 minutes after preparation.

Ingredients:
1 tablespoon fresh or dehydrated orange peel (without the white part);
200 ml of water.
Method of preparation:
When using the fresh peel, you should wash the orange well before peeling.  Boil water in a kettle or pot.  Turn off the heat, let the water cool down a little and add the orange peels.  Let stand for 5 to 10 minutes and then drink without adding sugar or sweetener.

Ingredients:
1 tablespoon fresh or dehydrated orange peel (without the white part);
200 ml of water;
1 small piece of cinnamon stick.
Method of preparation:
If you prefer to use the fresh peel, it is important to wash the orange well before peeling.  Boil water in a pan.  Turn off the heat, let the water cool down a little and add the cinnamon stick and the orange peels.  Cover and let rest for 5 to 10 minutes.  Remove the cinnamon and orange peels and drink, without adding sugar or sweetener.

Orange peel can contain pesticides, which can cause simple symptoms, such as headache or vomiting, or more serious problems, such as hormonal changes and cancer.  Therefore, whenever possible, priority should be given to organic or agroecological oranges, which do not contain pesticides, thus avoiding the ingestion of these compounds.
In addition, it is important to avoid sun exposure for up to 6 hours after handling orange peels during tea preparation, as the peel contains photosensitive compounds that can cause skin burns.
weight loss