Yellowish discharge no smell during pregnancy Causes and treatment 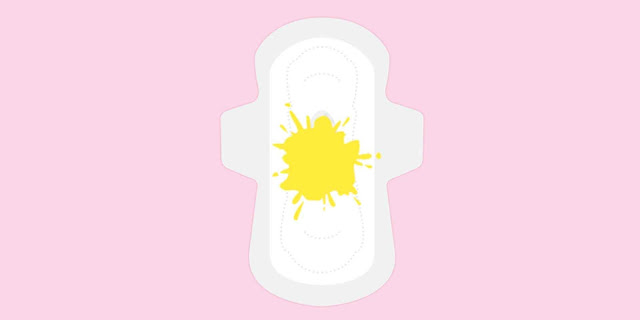 Candidiasis is an infection caused by the fungus Candida albicans, which is found naturally in the genital area, causing similar whitish discharge the cottage cheese, but also can appear yellowish, and accompanied by symptoms such as intense itching in the genital area, redness and swelling in vulva, burning sensation when urinating.
This type of infection is quite common in pregnancy due to normal hormonal changes of pregnancy, which can lead to an imbalance of the vaginal microbiota, favoring the growth of fungi.
Although it does not affect the baby's development in the womb, candidiasis needs to be treated to prevent the baby during childbirth is contaminated with fungi, which can cause complications such as oral candidiasis, popularly called "thrush".
What to do: should consult the obstetrician to start the most appropriate treatment, which can be done with the use of antifungal ointments or pills.

Bacterial vaginosis is an infection caused by bacteria found naturally in the genital area, especially Gardnerella sp., Causing intense itching, burning sensation or discomfort when passing urine, rotten fish smell, which intensifies after intimate contact, thin yellow discharge but you can also have a whitish or gray.
This type of infection during pregnancy, when left untreated, may increase the risk of miscarriage, premature birth, rupture of membranes, endometritis, corioaminionite and low weight of the baby at birth, as well as greater irsco of sexually transmitted infections.
What to do: should consult the obstetrician-gynecologist to confirm the diagnosis and start treatment best suited, which can be done with antibiotics safe remedies for pregnancy such as metronidazole or clindamycin, for example.

Chlamydia is a sexually transmitted infection (STI) caused by the bacterium Chlamydia trachomatis, leading to the appearance of yellowish discharge, like pus, pain and burning sensation when urinating, pain and bleeding during intimate contact or pelvic pain.
Chlamydia during pregnancy can lead to premature labor, rupture of membranes or low birth weight, and can pass from mother to baby during delivery when the pregnant woman has the infection and did not do the proper treatment, causing complications for the baby, as conjunctivitis or pneumonia.
What to do: It is important following the treatment indicated by the obstetrician, who is usually done with the use of antibiotics such as azithromycin or doxycycline.

Gonorrhea is also a sexually transmitted infection, caused by the bacterium Neisseria gonorrhoeae, which can be transmitted through unprotected sexual intercourse with an infected partner, leading to yellowish discharge, pain or burning sensation when urinating, urinary incontinence, itchy throat intimate area or bleeding, for example.
Gonorrhea in pregnancy can cause complications such as miscarriage, premature rupture of membranes, premature delivery, amniotic fluid infection, or low birth weight.
In addition, gonorrhea can be passed on to the baby during normal delivery when not treated properly, causing complications for the baby such as neonatal conjunctivitis, blindness, or a generalized infection.
What to do: it is recommended that the gynecologist be consulted as soon as possible so that the treatment can be started, which involves the use of antibiotics, such as penicillin, ofloxacin or ciprofloxacin, for example.

Trichomoniasis is another sexually transmitted infection, caused by the protozoan Trichomonas vaginalis, which can also arise in pregnancy if unprotected intimate contact with the infected partner occurs, leading to the appearance of yellowish or greenish discharge with an unpleasant smell, redness, pain or itching in the region. genitalia, pain when urinating, discomfort during intimate contact, or the presence of small vaginal bleeding.
Trichomoniasis in pregnancy can increase the risk of preterm delivery or low birth weight, so it should be treated as soon as possible.
What to do: You should consult the obstetrician to confirm the diagnosis and start treatment with an antibiotic, such as metronidazole, for about 3 to 7 days.

Yellow discharge can also occur from a leak of amniotic fluid, having a clearer, watery, odorless or slightly sweet-smelling appearance, which may come out in small amounts as a drip or come out in large amounts and constantly.
This leakage of amniotic fluid can arise in the 1st or 2nd trimester of pregnancy, due to genital infections, inflammation in the fetal membranes, use of drugs of abuse or cigarettes during pregnancy, malnutrition or short cervical length, which can lead to premature rupture. of the membranes, and should always be evaluated by the gynecologist, as it can cause complications such as spontaneous abortion, premature birth or fetal death.
Also, when leakage of amniotic fluid occurs after 37 weeks of pregnancy, and is accompanied by other symptoms, such as regular contractions that increase in intensity and do not improve with body movement, it may be indicative of the onset of preterm labor.
What to do: in the presence of amniotic fluid leakage, it is important that the woman goes to the hospital as soon as possible so that an evaluation can be made by the obstetrician and verified if the woman is going into labor.

The mucus plug is a substance produced by the body in the first months of pregnancy, which aims to prevent bacteria and other microorganisms from reaching the uterus and interfering with the baby's development and the continuity of pregnancy, which can cause the release of thin discharge, usually whitish and odorless, but which may vary in color throughout pregnancy, presenting a yellowish, reddish or, in some cases, brownish appearance.
The presence of the mucus plug is considered normal during pregnancy, however, towards the end of pregnancy, it can indicate that the body is preparing for labor, but this does not necessarily indicate that labor is coming, it can take hours, days. or up to 3 weeks to occur, but you should always inform the doctor when you present this type of vaginal discharge.
What to do: it is important to have prenatal follow-up, so that the obstetrician can evaluate if there is any risk for the pregnancy, if the mucous plug comes out at an early stage of pregnancy.  In the case that it occurs at the end of pregnancy, the woman should be attentive to other symptoms of labor, such as bleeding, frequent and regular contractions, rupture of the amniotic sac, or decrease or absence of fetal movements, in which case it is necessary to enter contact the doctor immediately and go to the nearest hospital.
Pregnancy