What tea is good for tension headaches 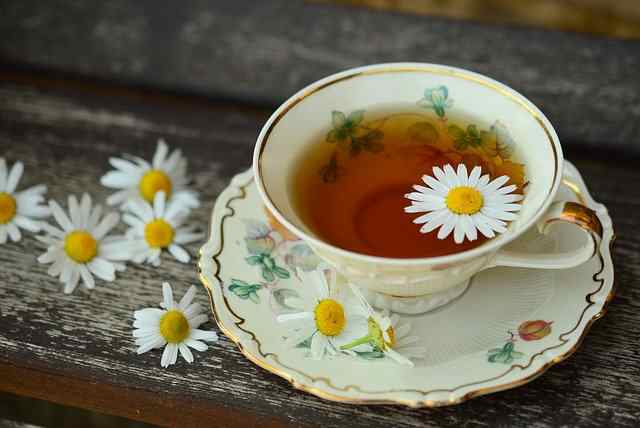 Headache is very common and usually happens due to simple situations such as excessive stress, eating the wrong diet or consuming too many stimulating foods, such as coke, black tea and coffee, for example.
Some teas such as chamomile, boldo or ginger are good natural options for relieving headaches, avoiding the use of pharmacy remedies such as paracetamol, for example, which in excess can intoxicate the liver.  In addition to teas, there are other ways to improve headache symptoms, such as a balanced diet and having a good night's sleep.
These tea suggestions should not replace the use of medication prescribed by the doctor, being only a complement to the treatment of headache.  If the pain is very strong or frequent, it is important to consult a neurologist so that they can evaluate the possible causes of the headache and prescribe the best treatment.  Check out the 4 main types of headache and what to do.

Chamomile is a plant that has calming and relaxing properties, due to the presence of an active substance, apigenin, which acts on brain receptors, causing a calming and sedative effect.  In addition, it also has analgesic and anti-inflammatory properties that help relieve headache.
Ingredients:
1 teaspoon of fresh or dried chamomile flowers;
1 cup of boiling water.
Method of preparation:
Add the chamomile flowers to the cup of boiling water, cover and leave to infuse for 5 to 10 minutes.  Afterwards, remove the flowers from the water.  Allow to cool and then drink.  You can drink the tea 2-3 times a day or as soon as the headache starts.
Chamomile tea is safe and can be ingested even by pregnant women and children.

Oregano tea has soothing properties that help reduce headaches.
Ingredients:
1 tablespoon of fresh or dried oregano leaves or flowers;
1 cup of boiling water.
Method of preparation:
Add the oregano to the cup of boiling water, cover and let it rest for 5 to 10 minutes.  Strain, let cool and drink 2-3 times a day.
Although there is no contraindication for the intake of oregano tea, it is important not to exceed the maximum recommended amount of 3 cups daily.

Peppermint helps relieve headaches as it promotes muscle relaxation and works as a pain reliever.  In addition to tea, a massage with peppermint essential oil placed on the temple also helps relieve tension and migraines.
Ingredients:
2 teaspoons of chopped fresh peppermint;
150 ml of water.
Method of preparation:
Place the peppermint leaves in a cup of boiling water, cover and let it rest for a few minutes.  After cooling, strain the tea and drink it.  You can drink 1 cup of the tea 2 to 4 times a day.
Peppermint is not indicated during pregnancy, breastfeeding, in cases of stomach inflammation, in the presence of gallstones or in serious liver diseases.  The herb should also be avoided in children under 2 years of age.

Lavender flower tea is a home remedy that can be used for headache, especially when caused by tension or stress, due to its calming, relaxing and analgesic properties.
Ingredients:
30 g of chopped lavender flowers;
1 liter of water.
Method of preparation:
Bring the water to a boil and then add the lavender flowers and turn off the heat.  Cover the pan and let it cool.  Strain and drink.
Lavender tea should not be consumed by pregnant women and children, as well as people who have gastric ulcers.

Valerian contains sesquiterpenic compounds in its composition, such as valerenic and isovaleric acids, which help relieve headache, as these compounds increase the activity of the neurotransmitter GABA in the brain, which has sedative and tranquilizing action.
Ingredients:
1 to 3 g of dried valerian root;
1 teacup of water.
Method of preparation:
Boil the cup of water and add the valerian root.  Let it boil for 10 minutes.  Turn off the heat and let it cool.  Afterwards, strain and drink up to 3 cups a day.
Despite the benefits of valerian, this tea should be avoided by pregnant and nursing women and children under 12 years of age.

Ginger is packed with antioxidant nutrients that reduce inflammation that can cause pain, making it great for relieving headaches.
Ingredients:
1 teaspoon of chopped ginger root;
1 teacup of water.
Method of preparation:
Add the chopped ginger in a pan with the cup of water and let it boil for 5 minutes.  After cooling, strain and sweeten to taste.  Drink a maximum of 4 cups a day.
It is not yet confirmed that ginger tea is safe for women who are pregnant or breastfeeding, so it should be avoided in these groups.
natural remedies