How soon would you know if you have an ectopic pregnancy? 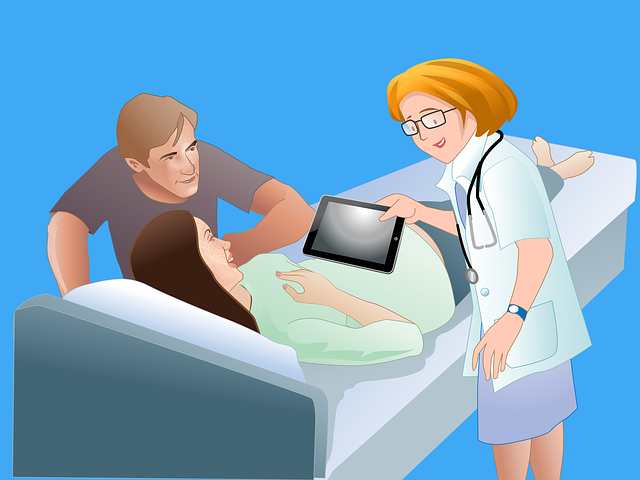 Ectopic pregnancy is characterized by the implantation and development of the embryo outside the uterus, which can happen in the fallopian tubes, ovary, cervix, abdominal cavity or cervix.
The onset of severe abdominal pain and blood loss from the vagina, especially in the first trimester of pregnancy, may be indicative of ectopic pregnancy, and it is important to consult a doctor for the diagnosis.
It is important to know exactly where the embryo is, so that the most appropriate treatment can be determined, since when it is in the abdominal cavity, the pregnancy can continue, despite being a rare and delicate situation.
Ectopic pregnancy with the embryo developing in the fallopian tube

Ectopic pregnancy symptoms arise as the embryo develops outside the uterus.  The main site of implantation of the embryo outside the uterus is the fallopian tubes, also called fallopian tubes, which can rupture with the growth of the embryo, resulting in some symptoms, the main ones being:
Severe abdominal pain, only on one side of the belly;
Irregular vaginal bleeding, especially between the 5th and 14th week of pregnancy;
Feeling of heaviness in the vagina;
Severe pain on palpation of the uterus;
Swollen abdomen;
Beta HCG testing is usually negative.
In the case of pregnancy outside the uterus, but without signs of rupture of the tubes, the symptoms can be:
Abdominal pain or discomfort;
Vaginal bleeding after the last period;
Severe pain on palpation of the uterus;
Pain during intimate contact or during pelvic examination
Beta HCG testing is usually positive.
In case of suspicion, you should immediately go to the hospital so that the doctor can perform an ultrasound that can confirm the ectopic pregnancy and indicate the most appropriate treatment to solve the problem.  The best way to know if the embryo is developing outside the uterus is through an ultrasound performed by the doctor because the Beta HCG test does not always give a positive result.

How long can it be an ectopic pregnancy?

Pregnancy in the tubes or ovaries can develop up to 14 weeks of gestation, and if this happens it is not possible to save the life of this embryo because there are no drugs or procedures that can move the embryo from the tubes to the uterus.  When ectopic pregnancy develops in places other than the fallopian tubes, such as the abdominal cavity, it can be discovered later, but always through ultrasound.

Who is most at risk?

Ectopic pregnancy is an infrequent situation, but women who have a previous ectopic pregnancy, have changes in the fallopian tube and/or a history of endometriosis, have had a sexually transmitted infection or have had pelvic inflammatory disease, are at greater risk of having the implantation of the uterus. embryo outside the uterus.
In addition, women who have already had an abortion, have already had a tubal ligation, use an IUD (Intrauterine Device) or have undergone in vitro fertilization are at increased risk of ectopic pregnancy.

Ectopic pregnancy is a rare condition in which the embryo can be implanted in various places in the body, such as the fallopian tubes, ovary, abdominal cavity or cervix, which is when the fetus grows in the cervix.  Less common types of ectopic pregnancies are:
Interstitial ectopic pregnancy: It occurs when the embryo develops in the interstitial segment of the tube.  In this case, there is an increase in Beta HCG and the treatment is usually done with drugs and potassium chloride, in various doses;
Cervical pregnancy: It is when the embryo develops in the cervix, it can generate intense bleeding.  Treatment can be done with embolization, curettage or local injection of methotrexate, for example;
Ectopic pregnancy in the cesarean scar: It is very rare, but it can happen, requiring treatment with methotrexate and folinic acid for about 1 week;
Ovarian pregnancy: Sometimes it is only discovered during curettage and therefore methotrexate is not used;
Heterotopic pregnancy: It is when the embryo develops between the uterus and the fallopian tube, but it is usually only diagnosed after the tube ruptures and therefore the most used treatment is surgery.
In addition to these types, there is also abdominal ectopic pregnancy, which is when the baby develops in the peritoneum, between the organs.  This is a very rare condition and each case must be evaluated individually.  This is a complicated pregnancy because as the baby grows, the mother's organs are compressed and blood vessels can be ruptured, potentially being fatal.  However, there are reports of women who managed to get the baby to 38 weeks of gestation, being performed a cesarean section for the birth.

Treatment for ectopic pregnancy should be guided by an obstetrician, because it depends on the exact location of the embryo, but it can be done with the use of drugs to promote abortion or surgery to remove the embryo and reconstruct the fallopian tube, for example.
In some cases, when the ectopic pregnancy is discovered before 8 weeks of gestation, and the embryo is very small, the doctor may recommend taking a drug called Methotrexate to induce abortion, but when the pregnancy is more advanced, it should be performed. surgery to remove it.

The main risk associated with ectopic pregnancy is hemorrhage, which can put the woman's life at risk, especially in the first trimester of pregnancy, which is usually related to the rupture of blood vessels due to the development of the embryo.  In addition, as a consequence of heavy bleeding, the woman may experience profound anemia, decrease in blood pressure and increase in heart rate.
Pregnancy