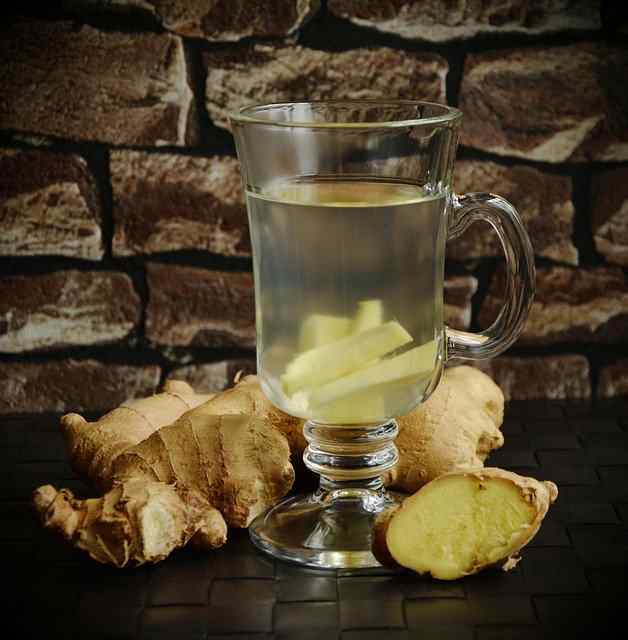 Drinking 1 glass of ginger water daily on an empty stomach and at least 0.5 L more throughout the day helps to lose weight as it accelerates the loss of fat from the body and especially from the belly.
Ginger is a root that helps you lose weight because it works by detoxifying the body and improving the functioning of the intestine, which helps to speed up metabolism and fight fluid retention.
In addition to ginger, lemon, eggplant, cinnamon or cucumber can be added to the water, as these are ingredients that contribute to enhancing the slimming effect of water and preventing swelling as well.

How to make ginger water

To prepare the water, add 4 to 5 slices or 2 tablespoons of ginger zest to 1 liter of ice water, changing the ginger slices daily to obtain its benefits.

In addition to helping you lose weight, ginger water has several other benefits for the body such as:
Act as an anti-inflammatory;
Improve breathing and relieve symptoms of coughing and shortness of breath;
Prevent nausea and vomiting;
Combat heartburn and intestinal gas;
Relieve the pain caused by arthritis.
In the treatment of joint pain, ginger can be used in the form of tea or in warm compresses applied directly to the affected area.

The recommended amount of ginger is 1 to 2 g per day to obtain its benefits, which are greater when ginger is used fresh rather than powdered.
Ginger is contraindicated for people who take drugs to lower high blood pressure and to thin the blood, such as Aspirin, and should only be used in cases of gallstones under medical advice.  Also, during pregnancy you should not consume more than 2 g of ginger a day.
To increase weight loss, here's another strategy to lose belly fat.
In addition to ginger, lemon juice, eggplant slices, cucumber slices or cinnamon can be added to the recipe to improve the taste and obtain the benefits of these other foods, which also help clean the intestines and speed up metabolism.  Learn some practical and tasty recipes that can be prepared at home:

Lemon enhances the effect of ginger, as it is also capable of accelerating metabolism, in addition to having few calories and high concentrations of vitamin C, a powerful antioxidant, which eliminates impurities, strengthens the immune system and improves the functioning of the intestine.
How to make it: you must prepare 1 lemon juice, beating the fruit in a blender or squeezing it straight into a glass of water.  Then add a spoon of grated ginger and mix well.

In addition to making the drink more refreshing, mint is widely used to improve circulation, in addition to relieving stomach problems, headaches and muscle inflammation.
How to make it: cut 4 to 5 slices of ginger and boil over medium heat until boiling.  Then add half a cup of mint, wait for it to cool and strain the tea that has formed, which can be drunk warm or iced.

In addition to being tasty and aromatic, cinnamon has several benefits, such as controlling blood sugar, preventing insulin spikes and hyperglycemia.
How to do it: add 1 tablespoon of grated ginger or 5 slices of ginger and 1 cinnamon stick, which can be left to rest or can be brought to a boil.  This drink can be taken cold, and drink throughout the day.

Ginger is an excellent way to help with weight loss, as it has a diuretic effect, improving the elimination of toxins, in addition to improving intestinal transit and reducing appetite, due to the high fiber content in its composition.
How to make it: add 1 cup of tea chopped eggplant with the skin and 1 tablespoon of grated ginger in 250 ml of water and beat in a blender, then add lemon zest and drink natural or iced.
In these recipes, it is also possible to vary flavors by adding other vegetables, such as cucumber, pineapple, goji berry and chamomile.  In addition to the slimming and detoxifying effects, they are a great way to increase the amount of fluids per day to keep the body hydrated.
weight loss