Can tinnitus be cured naturally? 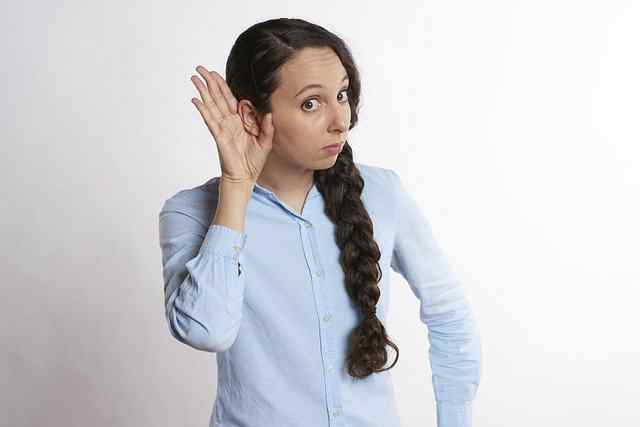 Treatment for tinnitus depends on the cause that gave rise to this symptom and may include simple measures such as removing a wax plug that may be obstructing the ear or using antibiotics to treat the infection that is causing this discomfort.
Scientifically, ringing in the ear is called tinnitus, and it may be necessary to perform a set of therapies that range from sound therapies, use of anxiolytic or antidepressant drugs, in addition to treating causes that may be triggering this symptom, such as hormonal changes, pressure high, diabetes or the use of certain medications, for example.  Also, alternative therapies such as acupuncture or relaxation techniques can be very helpful in some cases.
Despite the various causes, most of the time, tinnitus is caused by hearing loss, caused either by exposure to very loud sounds or even by aging itself, so it is more common in the elderly.

There is no single remedy responsible for curing tinnitus, however, some can be used as forms of treatment or, at least, to relieve symptoms.  Some options include:
Anxiolytics or antidepressants, such as Lorazepam or Sertraline, for example, as a way to relieve anxious and depressive symptoms, and may also improve sleep quality, which trigger or worsen tinnitus;
Vasodilators, which work by dilating the vessels in the ear, such as Betahistine or Cinnarizine, for example, can be useful in some situations, such as vertigo or spasm of blood vessels in the brain;
Antihistamines, which have an effect on tinnitus due to their vasodilating and anticholinergic action.
These medications should be prescribed by the doctor and, preferably, should be used for a limited period of time, until symptoms are relieved.
In addition, treatment with medication is necessary if the person has a disease known to cause tinnitus, which can be diabetes, high cholesterol, high blood pressure or hyperthyroidism, for example, according to the doctor's recommendations.
On the other hand, it is known that the use of some medicines can trigger tinnitus, and if they are being used by a person with this symptom, you should talk to the doctor so that they can be removed or replaced.  Some examples are AAS, anti-inflammatories, chemotherapy drugs, some antibiotics and diuretics.

As often the person who complains of suffering from tinnitus also has considerable hearing loss, the use of hearing aids will help him to better identify external sounds, thus minimizing the attention given to tinnitus, which is a internal sound.

It is characterized by the use of sounds in the environment to reduce the perception of tinnitus, and includes placing white noises, music or nature sounds, for example, always with the aim of avoiding silence and decreasing attention to tinnitus.
Currently, there are specific devices of different sizes and prices that can emit noise, and can be useful in many cases indicated with the guidance of the otolaryngologist and speech therapist.

Behavioral therapy, or tinnitus retraining therapy, consists of relaxation techniques, reordering thoughts, and habituation to psychosocial situations so that people feel more comfortable with tinnitus.  In this way, training in sounds and techniques that help to ignore tinnitus is carried out, and this therapy can be performed individually or in a group.
Behavioral therapy helps the person to set new goals for when tinnitus appears and it is difficult to ignore it.

It is common to have the habit of consuming foods that can trigger or worsen tinnitus, and in order to have an effective therapy, it is necessary to avoid the consumption of sugary foods, caffeine, alcohol, artificial sweeteners such as aspartate, as it is recommended to abandon cigarette.  In addition, it is recommended to avoid the consumption of salt, saturated and trans fats, as well as milk and dairy products and fried foods.

Temporomandibular joint dysfunction (TMJ) is one of the causes of tinnitus, so it is recommended that people with this type of disorder undergo dental treatment, which may consist of placing a rigid plate that covers the teeth to sleep and physical therapy with postural reprogramming exercises, for example.

Some of the therapies that can help treat tinnitus include:
Acupuncture: acupuncturists argue that, to treat tinnitus in the ear, it is essential to evaluate the individual's neck and cervical spine because, often, the problem is not in the ear itself, but in poor blood circulation throughout this region;
Relaxation techniques: can be useful to improve the sleep pattern, decrease anxiety and decrease tension in the muscles of the head and neck;
Music Therapy: Scholars claim that the development of musical treatments compatible with each person's musical taste can help reduce the sensation of tinnitus, being able to alleviate the perception of uncomfortable sound.
In addition, therapies known to relieve stress, such as yoga and meditation for example, may have their importance, as stress and anxiety are important triggering factors for tinnitus.

This technique helps to eliminate tinnitus due to stimulation of the auditory area responsible for this symptom, which is hyperactive.
Ear health