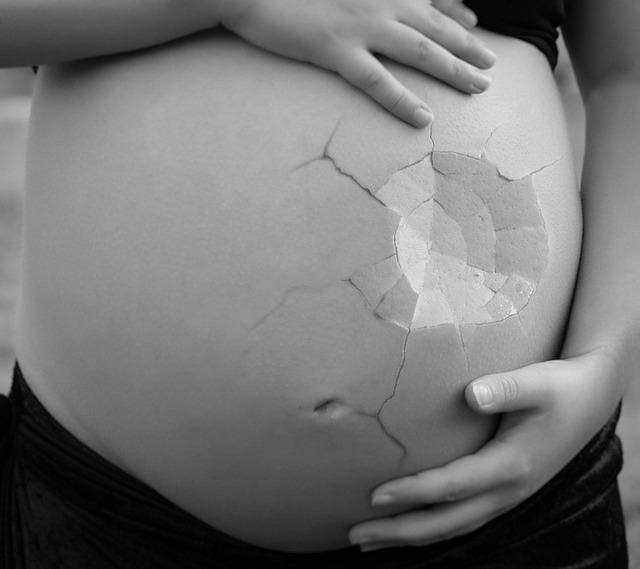 The rhythmic uterine contractions and the rupture of the water bag are some of the signs that labor has started, while the dilation of the cervix and the loss of the mucus plug, which is a substance present in the vaginal canal that helps to protect the baby against microorganisms, indicate that delivery can begin within a few hours or days.
Labor can start from 20 weeks of gestation, in the case of premature babies, or from 37 weeks, for full-term babies, and the duration of delivery can vary between 11 to 24 hours, but this time can decrease. with each pregnancy.
The signs of childbirth usually appear little by little, with menstrual-like cramps that become more intense and painful.
The 4 main signs that indicate that labor is starting are:

Contractions are relatively frequent throughout pregnancy, especially in the last trimester, when the body begins to prepare the muscles for delivery.
However, a few hours before delivery these contractions begin to be more frequent, stronger and to appear in a shorter period of time between them, becoming more rhythmic.  It is usually indicated to go to the hospital when contractions last between 45 and 60 seconds and appear between 3 and 5 minutes.

2. Loss of the mucus plug

From the 37th week of pregnancy onwards, the mucus plug is lost, which can be identified when the woman goes to the bathroom and, when cleaning herself, observes the presence of a pinkish or slightly brown gelatinous secretion.
Along with the mucus plug you may also experience light bleeding.  However, if the blood loss is severe, it is important to contact your obstetrician or seek emergency care.

4. Dilatation of the cervix

Another indicator that the baby is close to being born is cervical dilation, which is the increase in the opening of the cervix as labor develops, but which can only be observed in the hospital by the obstetrician, nurse or midwife through the "touch" test.
It takes 10 centimeters of dilation of the cervix to allow the baby to pass.

What is pain during childbirth?

Pain during childbirth is caused by the contraction and distension of muscles, varying according to each woman's sensitivity and the stage of delivery.  In the initial phase of labor, the pain is similar to a very strong cramping, which usually happens only during contractions, arising in the lower abdomen and spreading to the lower back and thighs.
Already in the last stage of childbirth, pain occurs in the lumbar region, abdomen, buttocks and vagina, being more intense and deeper and happens because the bones of the pelvic region are being moved and the muscles of the anus and vagina are extended to allow baby's passing.
However, some natural techniques and options, such as massage, warm water therapy, and aromatherapy, are some options that can help lessen pain during childbirth.

When identifying that you are in labor, it is important to take into account the type of delivery that was planned with the obstetrician:

When a woman wants to have a cesarean, she must inform the obstetrician about the symptoms she is experiencing while traveling to the hospital.
In most cases of cesarean section, the surgery is scheduled for a few days before the expected date of delivery, so the woman may not show signs of labor.

If the woman has planned a normal birth and finds out that she has gone into labor, it is important to remain calm and monitor the interval time and duration of contractions.  This is because normal labor takes a long time and there is no need to go to the hospital immediately after the first signs, especially if the contractions are not rhythmic and frequent.
At the beginning of labor, the woman can do simple and light activities at home, as well as drinking plenty of water and having small meals.

When to go to the hospital

It is important to go to the hospital when the contractions are very strong, lasting between 45 and 60 seconds and appearing between 3 and 5 minutes.  During labor the pain should gradually increase, but the calmer and more relaxed the woman is, the better the delivery process will be.
Pregnancy